5 steps to build a collaborative and innovative team 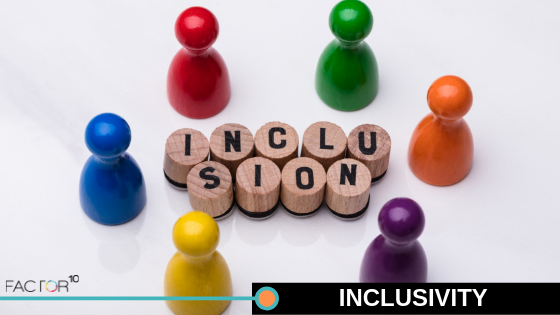 According to research into team behaviour by Lynda Gratton and Tamara J. Erickson, in which 55 teams at 15 multinational companies were studied, “the same four qualities required for success are the same qualities that undermine success.”

To successfully take on a challenging project, today’s teams are larger and increasingly virtual, diverse, and composed of highly educated specialists. However, Gratton and Erickson found that members of these complex teams are less likely to collaborate, unless under the right conditions.

The study revealed that large teams can achieve high levels of cooperation by following these practices:

Collaborative teams that perform in a productive and innovative manner, are as a result of the philosophy of top executives in the organisation and whether they demonstrate collaborative behaviour themselves. Furthermore, when the leadership is invested they are able to passionately communicate the mission to the team and inspire them to work towards the goals and objectives.

Mentoring and coaching play an important role in personal development and socialisation. The study revealed that less formal processes, where mentoring partnerships across departments are integrated into everyday activities, encourages teamwork and is more likely to increase collaborative behaviour.

According to Gratton and Erickson, the most productive, innovative teams are typically led by people who are both task and relationship-oriented and are adaptable enough to change their style as required. At the start of a project, leaders are typically task-oriented, defining clear goals and clarifying roles and responsibilities; but will shift their leadership style as the project develops.

Given how important trust is to successful collaboration, forming teams that capitalise on preexisting relationships increases the chances of a project’s success. The study showed that “new teams, particularly those with a high proportion of members who were strangers at the time of formation, find it more difficult to collaborate than those with established relationships.” This is because newly formed teams must invest significant time and effort in building trusting relationships. According to Gratton and Erickson, when 20% to 40% of the team members are already well connected to one another, the team has strong collaboration right from the start.

The common assumption is that a clearly defined approach toward achieving a goal is essential, however, collaboration improves when the focus is on defining the roles of individual team members. “Without such clarity, team members are likely to waste too much energy negotiating roles or protecting turf, rather than focus on the task.”

At Factor10 we are obsessed with creating change and impact. We have a panel of experienced and internationally accredited psychologists, leadership experts and coaches who deliver bespoke, experiential leadership immersions and deep coaching dialogues that will assist in building the collaborative team your organisation needs.

collaborationinclusivityinnovationteam building
You May Also Like
When Things Change Inside You, Things Change Around YouLuyanda DlaminiAugust 4, 2022August 1, 2022